During the evenings of the Festival, Daniela Collu with Lorenzo Campagnari (aka Lorello), Francesco Arienzo, Federico Basso and Matteo B. Bianchi commented live on the funniest and most curious moments of the various evenings, recounting the performances, the outfits, the super guests and everything that happened on the Ariston stage. Each appointment was enriched by the interventions of personalities such as Elio, Levante, Rocco Tanica, Nicola Savino, Jack La Furia, Filippa Lagerback, Vittoria Cabello, Benedetta Parodi and comedians such as Silvio Cavallo and Elianto.
The music of the Festival reproduced “in real time” by the “BONI” group allowed the audience to enjoy the new songs in a different and ironic way and to play games and quizzes on the Festival.

Every afternoon, the same team welcomed actors, musicians and showbiz personalities into their living room, alternating comic moments with comments on the Festival and dialogues with the artists. Special host and guest Giorgio Pasotti, who connected live with the most important Italian theatres to raise public awareness and tell about the most intriguing aspects of this fascinating world, combining music and theatre.
Five afternoon appointments featured speeches by 16 artists in the competition, including Maneskin, winners of the Festival, and Francesca Michielin, runner-up with Fedez; Elodie, co-presenter of the Festival, and actors such as Ambra Angiolini, Fabio Troiano, GianMarco Tognazzi, Claudia Gerini, Donatella Finocchiaro, Nicole Grimaudo, Marco Bonini and Lino Guanciale told the audience about their way of experiencing the Festival. 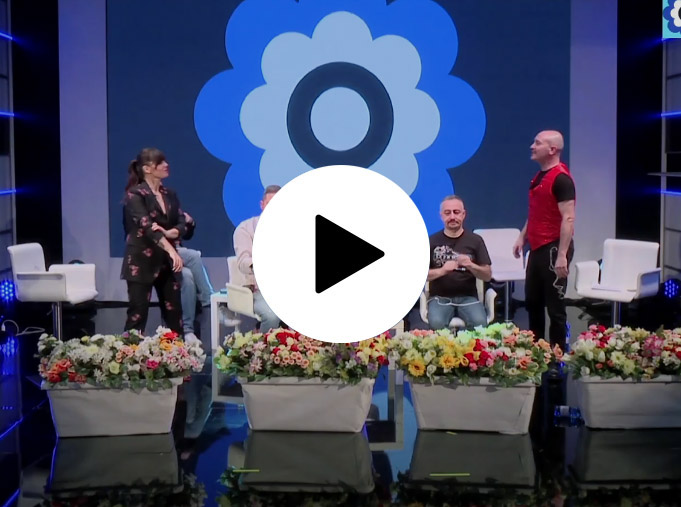 Watch the Best of video of “Quelli di Casa Sanremo”

By using the site, you accept our use of cookies. more information